The new season brings some welcome distraction to all of us living through this COVID nightmare.

Welcome to Season 2020/21 with Melbourne OzSpurs. My name is Tommy Silver and I am excited to introduce myself as Melbourne Chapter Organiser for the upcoming season.

I would like to first extend a huge thank you to Emma-Jane, who has stepped down as Chapter Organiser. EJ has been involved in OzSpurs for many years, on the Committee and as our Melbourne organiser, and has worked tirelessly throughout. She has been involved in some of our biggest events, including Spurs' trips to Sydney and Melbourne in 2015 and 2016, and the Champions League Final last year. On behalf of the OzSpurs Committee and Members, thank you. You have many drinks waiting for you at the Imperial (once we're allowed back.)

On that note, I sincerly hope you, your family and friends are all coping during this period. We all know how hard it has been, and those first 20 or 30 beers are going to taste good when we all get there.

Spurs return this weekend and it will be nice to have a bit of a distraction. Indeed, it looks like we'll have lots of distraction, with Premier League, Europa League and League Cup games seemingly every other day to look forward to. I have enjoyed watching 'All or Nothing' and now I am very excited for the coming season. Perhaps there is a trophy waiting for us at last? 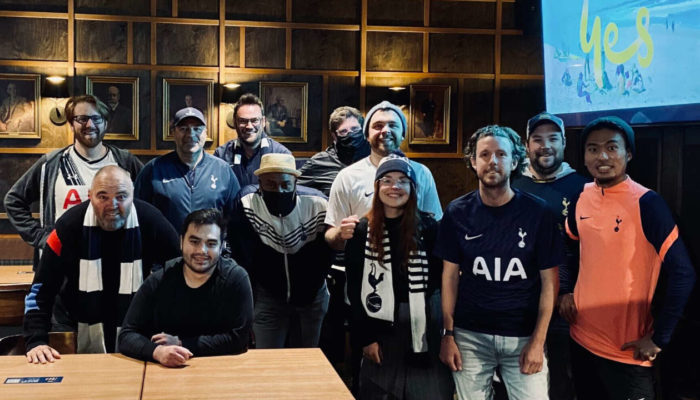 I'd also like to welcome Mason Kingsbury, who will be supporting me as co-Chapter Organiser this season. Mason has been in Melbourne for around 18 months and is a regular face at the pub. We both have some big plans for various events, and we'll be sharing those in the near future.

For now, enjoy the return of the Premier League and come on you Spurs!